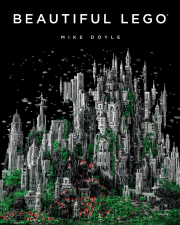 What books caught my eye this week as they passed over the library counter and under my scanner? Cityscapes and city folk.

First up was Beautiful Lego by Mike Doyle. The cover shot was amazing and the inside even more so!

From the publisher, No Starch Press:

"Mix hundreds of thousands of LEGO bricks with dozens of artists, and what do you get? Beautiful LEGO, a compendium of LEGO artwork that showcases a stunning array of pieces ranging from incredibly lifelike replicas of everyday objects and famous monuments to imaginative renderings of spaceships, mansions, and mythical creatures.

You’ll also meet the minds behind the art. Interviews with the artists take you inside the creative process that turns simple, plastic bricks into remarkable LEGO masterpieces." 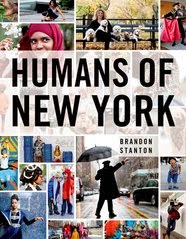 Next up was Humans of New York by Brandon Stanton. 'Cause, really, who doesn't love to people watch?

From the publisher, St Martin's Press:

"Based on the blog with more than four million loyal fans, a beautiful, heartfelt, funny, and inspiring collection of photographs and stories capturing the spirit of a city.

Now an instant #1 New York Times bestseller, Humans of New York began in the summer of 2010, when photographer Brandon Stanton set out to create a photographic census of New York City.  Armed with his camera, he began crisscrossing the city, covering thousands of miles on foot, all in an attempt to capture New Yorkers and their stories.  The result of these efforts was a vibrant blog he called "Humans of New York," in which his photos were featured alongside quotes and anecdotes.

Surprising and moving, printed in a beautiful full-color, hardbound edition, Humans of New York is a celebration of individuality and a tribute to the spirit of the city."

(Over the Counter is a regular weekly feature at A Bookworm's World. I've sadly come to the realization that I cannot physically read every book that catches my interest as it crosses over my counter at the library. But...I can mention them and maybe one of them will catch your eye as well. See if your local library has them on their shelves!)

I have to admit, I couldn't just browse both of this week's selections - I had to sign them both out!
Posted by Luanne at 6:30 AM

I'm amazed at what people can do with Legos!

Oh I've always wanted to check out Humans of New York!! My cousin who lived there, keeps talking about it and it sounds awesome.