I've read everything Greg Iles has ever written - he's an incredibly talented wordsmith. His novels are all quite different but with one similarity - they're addicting reads. (And bestsellers as well)

His latest book Natchez Burning has just released and it's an absolutely fantastic read - easily his best novel yet. It's been a while coming - Iles nearly died in an auto accident five years ago.

Present day - Penn's father, Tom, the town doctor for over fifty years has been accused of murdering a black woman who was his nurse in the 1960's. Tom is known and loved by all of his patients, black and white. And Tom knows his father - there's no way he would have done such a thing. Penn is determined to clear Tom's name - even as Tom refuses to rise to his own defense. Penn's search for answers takes him back to...

"...1964, with three murders. Three stones cast into a pond no one had cared about since the siege of Vicksburg, but which was soon to become the centre of the world's attention. A place most people in the United States like to think was somehow different from the rest of the country, but which was in fact the very incarnation of America's tortured soul. Mississippi."

A splinter group of the Klan, calling themselves the Double Eagles, has been operating in Natchez for over fifty years, manipulating, controlling, killing and conspiring in this southern State. They're driven by hate and greed, with no intention of ever stopping. But Violet's death is the tipping point. Secrets buried and kept for a half century threaten to take down anyone and everyone - black and white.

Where to start? Each and every character Iles brings to the page is fully developed and the reader can't help but become engaged (or disgusted) with every player. I've been a fan of Penn Cage from the first book, but found other favourites in Natchez Burning. I quiet enjoyed Tom, described as Atticus Finch with a medical degree. Iles explores the relationship between Penn and his father, as every belief he holds about Tom is put to the test in Natchez Burning. But my favourite was Henry, the newspaper reporter who has been pursuing the Double Eagles for many years.

"Fate doesn't let men choose their wars. Or even their battles, sometimes. But one resolute man can sometime accomplish remarkable things against overwhelming odds."

Although Penn is the main voice of this novel, other characters are given a turn and we see the past and present from many differing views. Natchez Burning does not shy away from the violence that is the truth of this time and place. Gentle readers, there are some disturbing scenes and descriptions that may not be for you. Iles based his novel on actual events that occurred in Ferriday, Louisiana. Read the article from Stanley Nelson here. Or visit the Civil Rights Cold Case Project.

I loved the cover as well. Those heavy grey clouds hanging over the town, with the red simmering and a small glimmer from that one cloud. Kudos to the art department on this one. It perfectly captures the story within.

And that story is powerful, gripping, thrilling, sweeping and simply spectacular - 800+ pages that flew by for this reader. Absolutely, positively recommended.  Natchez Burning is the first of a trilogy. I'll be waiting and watching for the second book - The Bone Tree. Read an excerpt of Natchez Burning. 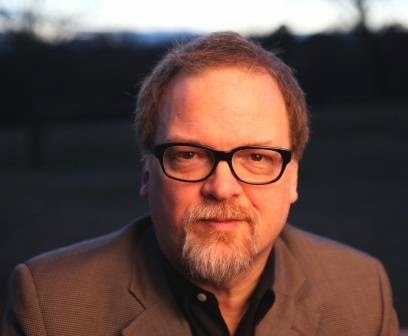 "Greg Iles spent his youth in Natchez, Mississippi, and studied the American novel under acclaimed southern writer Willie Morris at the University of Mississippi. His first novel, Spandau Phoenix, was the first of thirteen New York Times bestsellers, and his new trilogy continues the story of Penn Cage, protagonist of The Quiet Game, Turning Angel, and #1 New York Times bestseller The Devil's Punchbowl. Iles's novels have been made into films and published in more than thirty-five countries. He is a member of the lit-rock group the Rock Bottom Remainders and lives in Natchez with his two teenage children." You can find Greg Iles on Twitter and on Facebook.

See what others on the TLC book tour thought - full schedule can be found here.
Posted by Luanne at 6:30 AM

Thanks for the review

This is exactly the kind of book I most love - long enough to really get into the story but compelling enough to make it fly by.

Welp, you not only sold me on this one, but on his previous ones as well!