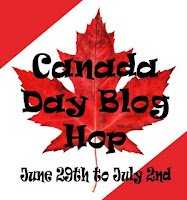 A Bookworm's World is offering up a never read ARC of Into the Heart of the Country by Canadian author Pauline Holdstock.

From the publisher Harper Collins Canada:

"Set in eighteenth-century Canada, this compelling new novel takes the reader deep into unexplored territory. Appearing only fleetingly in the historical record of the Hudson’s Bay Company are the Native women who lived at the company’s Prince of Wales Fort and served as companions to the European traders -- and whose survival was bound, for better or worse, to the fortunes of those men.

Across more than two centuries, the mixed-blood woman Molly Norton, daughter of Governor Moses and personal favourite of the explorer Samuel Hearne, speaks to us from her dreams. As the story of her liaison with Hearne unfolds, we move toward its tragic consequences. When their small society is torn apart, Molly and the other women find themselves and their children abandoned by their British masters. Now -- in one of history’s cruel ironies -- they must fend for themselves in the harsh country from which their own ancestors sprang.

Unflinching, powerful and rich in moral ambiguity, Into the Heart of the Country explores a tragic meeting of cultures that still reverberates in the present day." Read an excerpt.

Short and sweet folks - ends Sat. July 2nd at 6 pm EST. Open to Canada, US and International. Simply leave a comment to be entered. Here's the list of other participants - see what they're offering up!
Happy 144th Birthday Canada!
Posted by Luanne at 6:25 AM

Thanks for this great book which I would treasure greatly. July 1st - Happy Canada Day which I love. saubleb(at)gmail(dot)com

What a great giveaway. Many thanks and best wishes. rojosho(at)hotmail(dot)com

Lisa (Reading to the Moon) said...

Sounds interesting1
Thanks for having a giveaway.
coldmoonviolet(at)gmail(dot)com

I'd love a chance to read this!

Thanks for the giveaway! :)

Thanks for the giveaway! Happy Canada Day!

Thanks for the giveaway!
k_anon[at]hotmail[dot]co[dot]uk

Thanks for the giveaway and for opening it to International entries.

Thank you so much for joining us for the hop! HAPPY CANADA DAY!

Please count me in :)

I'd love to enter! Thanks!

Thanks for opening it to all. Much appreciated.

I'm a new follower on GFC (Darlene), and my email address is darlenesbooknook at gmail dot com.

Thanks for the giveaway:)

Go Canada!! Thanks for the giveaway :)

Happy Canada Day !!!
I would love to read it. Thanks for the chance.

thanks for the giveaway and happy canada day!!

Thank you so much for the chance to win!
Rathouska.jana@gmail.com

I would love to be entered

Thank you for the giveaway! (: