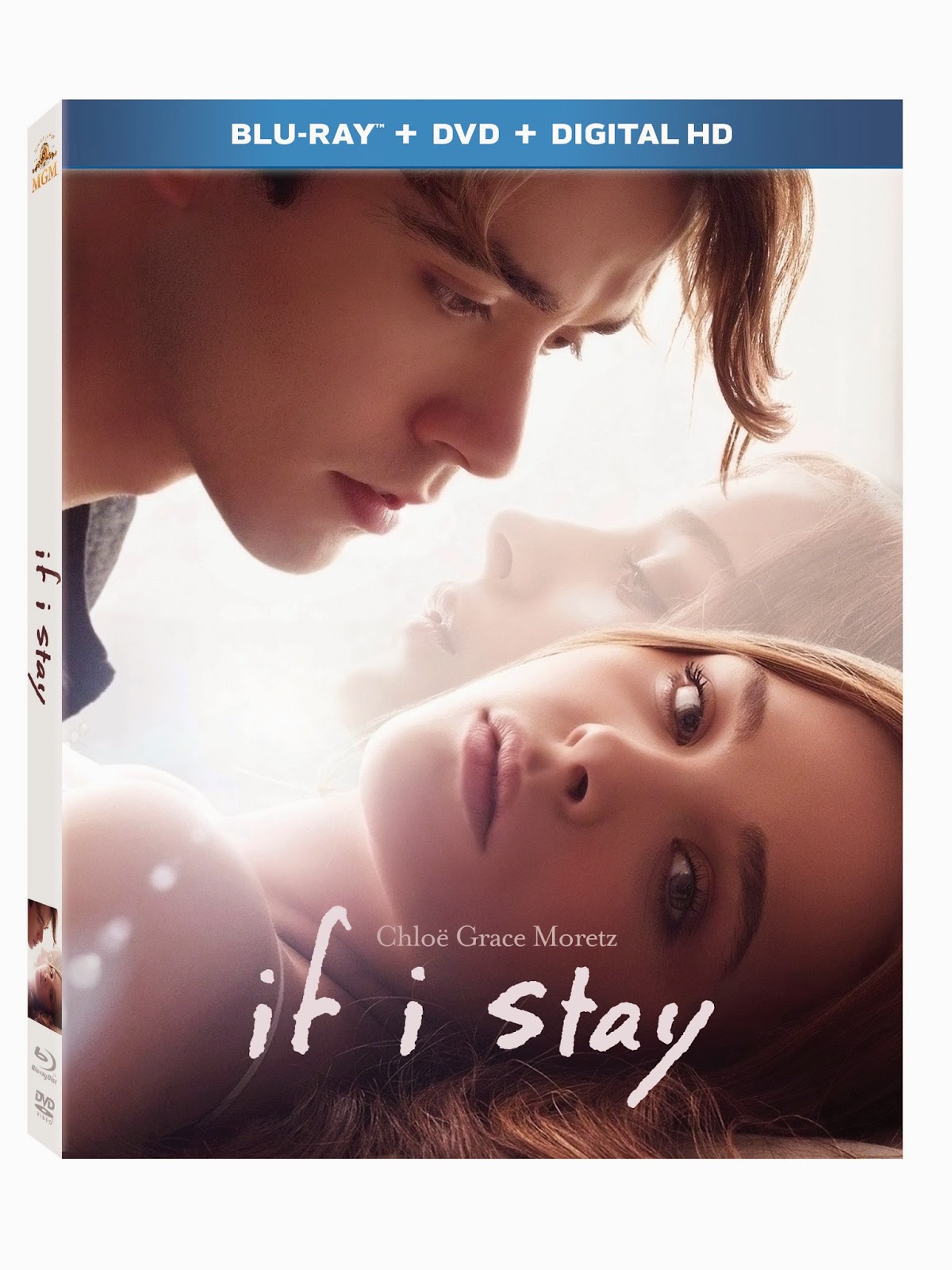 There have so many great books made into movies lately! I missed seeing this one in the theater, but If I Stay has just released on Blu-ray November 18th from Twentieth Century Fox Home Entertainment. And with all the great additional content, I'd rather own it and watch at home! You can too - I have a copy to giveaway to one lucky reader. But that's not all! I have a paperback copy of the book by Gayle Forman as well.

"Chloë Grace Moretz and Jamie Blackley star in this romantic film based on the best-selling novel. Seventeen-year-old Mia Hall (Moretz) thought the hardest decision she would ever face would be whether to pursue her musical dreams at Juilliard or follow a different path to be with the love of her life, Adam (Blackley). But what should have been a carefree family drive changes everything in an instant, and now her own life hangs in the balance. Caught between life and death for one revealing day, Mia has only one decision left, which will not only decide her future but her ultimate fate. Also starring are Mireille Enos and Joshua Leonard as Mia’s parents, Kat and Denny, and Stacy Keach as Gramps. Rounding out the main cast are Jakob Davies as Mia’s little brother, Liana Liberato as her best friend, Gabrielle Rose as Grandma, and Aisha Hinds as Nurse Ramirez."

"Fans of the beloved book can see the story come to life like never before with compelling bonus features and deleted scenes. Celebrate the film’s music with an original “Never Coming Down” music video, “I Never Wanted to Go” music montage, a free download of the song “Mind” from the soundtrack courtesy of WaterTower Music and music commentary by R.J. Cutler on songs from the movie. Then, dive deeper into the making-of the film with “Beyond the Page,” a three-part book, author and cast introspective."

And if you want to watch If I Stay as much as I do, simply leave a comment (and a contact method) to be entered! One randomly chosen reader will win a copy of If I Stay on Blu-ray and a paperback copy of the book. Open to US and Canada, one entry per person, ends December 6/14.

What a great giveaway! Please enter me!

I haven't read the book so that makes this a terrific giveaway - thanks!~

I'd love to have this set! Thank you.

Looks like a great giveaway. I loved the book but didn't get a chance to see the movie while it was in theaters. BWallace1980(at)hotmail(d0t)com

This sounds like one of the sometimes rare times when the movie and the book are just so enjoyable. thanks for the chance to win.
sallycootie@gmail.com

Would love to read the book and see the movie! Thanks for the giveaway.
westwindsoftx@yahoo.com

Great giveaway. Many thanks. elliotbencan(at)hotmail(dot)com

Would love to be entered. Thank you!

Yes, I'd love to be entered!
1prizewinner at gmail (dot) com

Great giveaway, I have not read the book so i would love this.

I recently saw the trailer for this and loved it.

I do want to watch it! Thanks for the giveaway.
mce1011 AT aol DOT com

I would love to win! willgriesmer@yahoo.com

Me me!! please pick me!
ellie.contursi@lpl.london.on.ca

Great prize! I'd be torn as what to do first...read the book or watch the movie. Thanks for the chance!

Would love to win! Thanks for hosting such a great giveaway!
JHolden955(at)gmail(dot)com

How awesome! Thank you for the giveaway! superstarsportscards (at) gmail(dot) com

I would love a chance to see this movie - it looks so good!

Thanks for the giveaway! I would love to read and watch it!

I really want to see this movie, i missed it in theaters. Thanks so much!

I would absolutely love to watch this movie with my husband. Thank you so much for the great giveaway.