Another great giveaway today! Jamie Metzl's latest book is Genesis Code: A Thriller of the Near Future:

What's it about? From Arcade Publishing:

"Blue Magic, the latest designer drug linked to a rash of overdoses, might explain the needle mark on the arm of a young woman found dead in her Kansas City apartment. But when reporter Rich Azadian digs deeper, the clues point to a far more explosive story: MaryLee Stock was a special protégée of evangelical megapastor and power broker Cobalt Becker, who is poised to deliver his followers and the presidency to a firebrand right-wing senator in the next election. When Azadian sets out to prove that MaryLee’s death was no accident and she may have been carrying Becker’s genetically enhanced baby, the stakes become life itself.

In 2023 America—bankrupt, violently divided by the culture wars, and beholden to arch rival China—the rules of the game are complicated. With the danger mounting, the dead bodies of young women piling up, Chinese agents circling, and the US Department of National Competitiveness moving in to quash his investigation, Azadian’s only option is to go rogue, assemble a team of brilliant misfits like himself, and begin the fight of his life to find out who is killing these women and why, and if any others like them may still be alive." 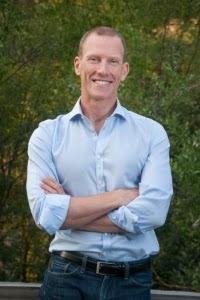 "Jamie Metzl has spent a lot of time dealing with national security issues when serving in the Clinton National Security Council and State Department, and on Biden's Senate Foreign Relations Committee. An author of a history of the Cambodian genocide as well as the novel The Depths of the Sea (St. Martin's Press), he started thinking more deeply about the national security implication of the genetics revolution about a decade ago, and since then has written a number of articles on the topic, testified before Congress, and appeared on a range of talk shows. When he began GENESIS CODE four years ago, it was a thought experiment. He had little evidence China had such a program-but last year Wired ran an article on a young entrepreneur in China charging forward on just the type research that could open the door to the possibilities Metzl's novel explores so harrowingly.

This is just the beginning, according to the author; we are at the start of a genetic age that will ultimately challenge our notions of what it means to be human. After 250,000 years, our species is on the verge of taking control of our evolutionary process and we are hardly talking about the implications. GENESIS CODE may be a thriller set in our future, but the conversations it should spark are very much a contemporary issue with huge national and global implications." You can keep up with Jamie Metzl on Twitter and on his blog.

Sound like a book you'd like to read? I've got a copy to giveaway to one randomly chosen reader. Simply leave a comment (and a contact method) to be entered. Open to US only, no PO boxes please. Ends Nov. 22/14.
Posted by Luanne at 6:29 AM

This interests me greatly.many thanks. saubleb(at)gmail(dot)com

This looks to be a interesting read. Thanks for the giveaway!

Fascinating. Great giveaway. Thanks for this giveaway. elliotbencan(at)hotmail(dot)com

Wow, the world Jamie writes about sounds frighteningly plausible to me. I'd love to win a copy of Genesis Code. Thanks carlscott(at)prodigy(dot)net(dot)mx

Sounds fascinating (and scary). Would love to win. wwkammy(at)gmail(dot)com

Sounds like a book that I would really enjoy.
prizewinner (at)hotmail (dot) com

This is just the kind of book I choose when I go to the bookstore. Thanks for the giveaway. errin1970 at gmail dot com

It looks like an exciting story.
mce1011 AT aol DOT com