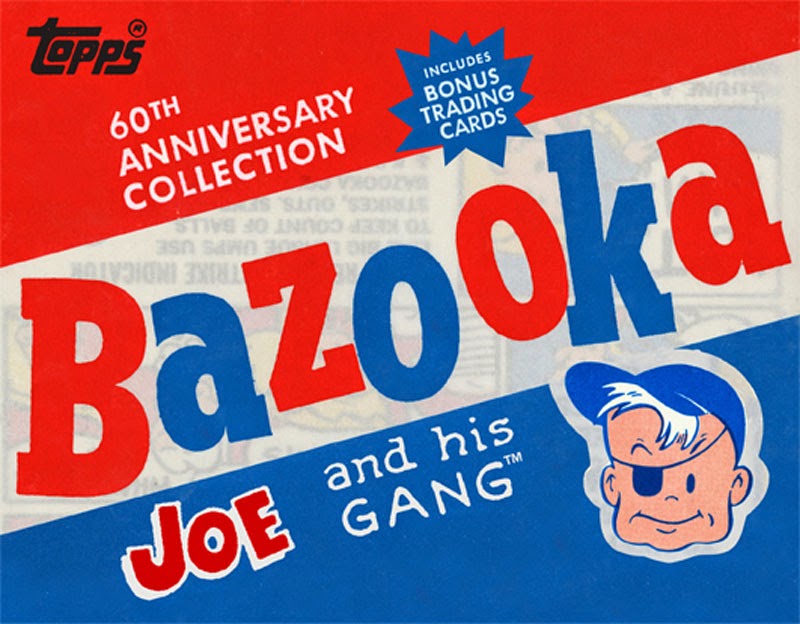 What books caught my eye this week as they passed over the library counter and under my scanner? Nostalgia and collecting this week.....(I remember saving up those Bazooka Joe comics to send away!)

First up was Bazooka Joe and His Gang by The Topps Company.

From the publisher, Abrams Books:

"Bazooka Joe and his Gang have been synonymous with bubble gum ever since their debut in 1953, providing an irresistible combination of cheap laughs wrapped around pink, sugary sweetness. This book celebrates the iconic mini-comics that are recognized the world over. The story of Bazooka Bubble Gum is also detailed with extensive essays, including a profile of Wesley Morse, the original illustrator of Bazooka Joe. Included are reproductions of more than 100 classic comics spanning six decades—including the complete first series, reprinted in its entirety for the first time—as well as jokes, fortunes, and tiny ads for mail-order merchandise. Like Bazooka Bubble Gum itself, the book is pure nostalgia and guaranteed to appeal to kids and adults alike.

Includes 4 bonus trading cards and a genuine wax wrapper that evokes the original bubble gum packaging—like holding an actual piece of Bazooka in your hands!"

Next up was Hockey Card Stories by Ken Reid.

From the publisher, ECW Press:

"Hockey Card Stories reveals what was really going on in your favourite old hockey cards through the eyes of the players depicted on them. Some of the cards are definitely worth a few bucks, some a few cents — but every story told here is priceless. Sportsnet’s Ken Reid presents the cards you loved and the airbrushed monstrosities that made you howl, the cards that have been packed away in boxes forever, and others you can’t believe ever existed. Whether it’s a case of mistaken identity or simply a great old photo, a fantastic 1970s haircut and ’stache, a wicked awesome goalie mask or a future Hall of Famer’s off-season fashion sense, a wide variety of players — from superstars like Bobby Orr, Denis Potvin, and Phil Esposito to the likes of Bill Armstrong who played only one game in the NHL — chime in on one of their most famous cards."