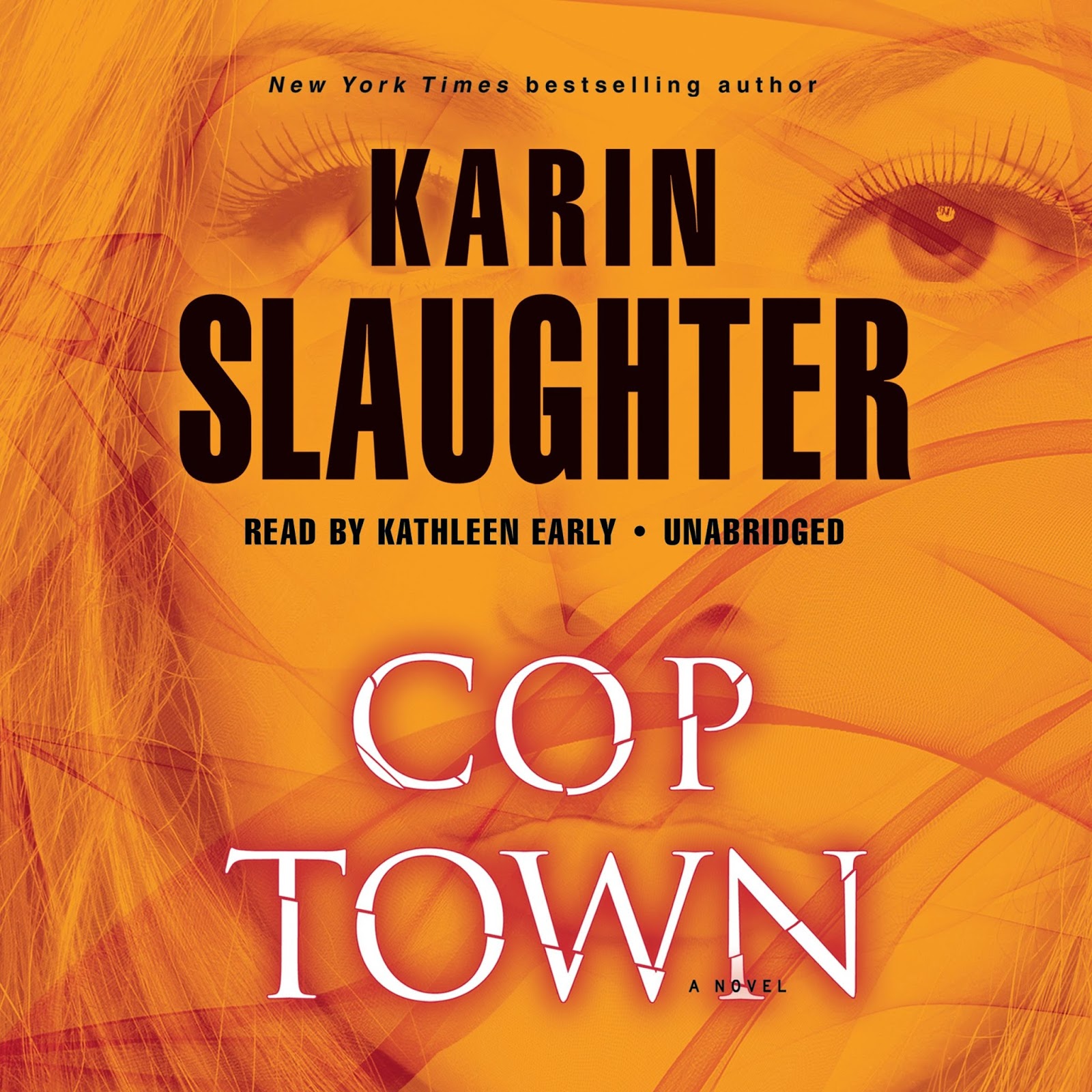 I'm a huge Karin Slaughter fan and have devoured every book she's written from the Grant County series to the Will Trent books. I knew there was a new book coming, but hadn't realized it was a stand alone until I started reading.

Cop Town takes us back to 1974 in Atlanta, Georgia. Kate Murphy has joined the police department. But her first day on the job may be her last. She comes from a privileged background that's hard to hide. Women are not accepted by the old blue line, and the racial lines in the department are just as bad. There's a simmering undercurrent of tension in the city just read to boil over. Someone is killing cops. Kate's new partner is Maggie Lawson. Her brother and uncle are forces to be reckoned within the Atlanta PD. But that respect doesn't filter down to Maggie.  Maggie decides to investigate the cop killings with or without her uncle's blessing - and Kate is along for the ride....

Oh wow, Slaughter grabs the reader by the throat from the first pages and just never lets go. The portrayal of time and place is gritty, grim and disturbing. Racism, homophobia and sexism permeate the halls of the Atlanta  PD and the pages of Cop Town. Slaughter provides a disturbing look at a time not that far in the past.

The plot is well developed. I enjoyed riding along with Kate and Maggie while they run their own investigation. The perpetrator is only exposed in the last few chapters and isn't someone I had suspected at all. There is no rest for the reader or listener - the action and the tension is turned 'on' throughout the entire book.

I really liked the character of Kate. She's quite multi layered - seemingly soft but with a harder core that's needed and heeded as she rides along with Maggie. Maggie frustrated me a bit. She is as tough as nails, but lets the closest people in her life treat her (really) badly. We're not treated to as much of an in depth look at her mindset. Supporting player Gail was excellent - her attitude and lines were pitch perfect. I'm hoping that some of these characters make cameos in the next Will Trent book.

I chose to listen to Cop Town. Kathleen Early was the reader and she's a narrator whose voice I enjoy. Early has read other Slaughter titles I've listened to so it was somehow familiar to hear her read this book. She provides a nice Southern genteel accent for Kate that was just right. Maggie's tough, brusque tones were captured well. Early captures the vitriolic attitudes and dialogue of the male characters. You don't hear that it's a female reader, rather it's the words that make a statement.

Cop Town is not for the faint at heart. There's violence - lots of violence and disturbing language that may offend some. But there's also some quite funny moments and a bit of steamy romance as well.

I quite liked Cop Town, but I enjoy a good, gritty read.  I must admit to cringing at some parts, but Slaughter simply can't write a bad book in my eyes. You can find Karin Slaughter on Facebook.
Posted by Luanne at 6:30 AM

The one Slaughter book I listened to was not read by Early. The narrator had a terrible fake Southern accent and mispronounced words and I found it very off putting. I need to give Slaughter another chance and this sounds like just the book to do it with.

Kathy - she's such a good writer, but I agree - a bad narrator spoils the book. My northern ears thought the accent sounded okay, but you would know better!