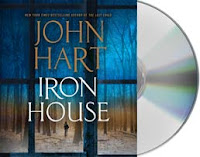 HE WOULD GO TO HELL
At the Iron Mountain Home for Boys, there was nothing but time. Time to burn and time to kill, time for two young orphans to learn that life isn’t won without a fight. Julian survives only because his older brother, Michael, is fearless and fiercely protective. When tensions boil over and a boy is brutally killed, there is only one sacrifice left for Michael to make: He flees the orphanage and takes the blame with him.

TO KEEP HER SAFE
For two decades, Michael has been an enforcer in New York’s world of organized crime, a prince of the streets so widely feared he rarely has to kill anymore. But the life he’s fought to build unravels when he meets Elena, a beautiful innocent who teaches him the meaning and power of love. He wants a fresh start with her, the chance to start a family like the one he and Julian never had. But someone else is holding the strings. And escape is not that easy. . . .
GO TO HELL, AND COME BACK BURNING
The mob boss who gave Michael his blessing to begin anew is dying, and his son is intent on making Michael pay for his betrayal. Determined to protect the ones he loves, Michael spirits Elena—who knows nothing of his past crimes, or the peril he’s laid at her door— back to North Carolina, to the place he was born and the brother he lost so long ago. There, he will encounter a whole new level of danger, a thicket of deceit and violence that leads inexorably to the one place he’s been running from his whole life: Iron House."

Sounds pretty interesting. Thanks for the giveaway.
juliecookies(at)gmail.com

Sounds like a very good book to listen to.
twoofakind12@yahoo.com

Please count me in for this, I would love to listen to this while doing housework. It sounds great :) Thank you!

This book has been on my wish list. I'd love to read it.

I would love to be entered. Thanks for the giveaway! :)

I need a new book like I need a hole in the head, but I'm throwing my name in the hat since my local indie bookstore owner loves this book.

I am the same as Kathy at Bermudiaonion but this one sounds wonderful.

Thank you for this giveaway.

Loved to be entered. Thanks for the giveaway!

Thsnks for the contest---This sounds like a real intense, brooding book. I would like to listen to it.
suefarrell.farrell@gmail.com

This one has been on my wishlist. Thanks forvthe giveaway!

I love audio books to listen to in the car. This sounds like one I'd enjoy very much.
pbclark(at)netins(dot)net

Would love to listen to this on my commute.
rsgrandinetti@yahoo(DOT)com