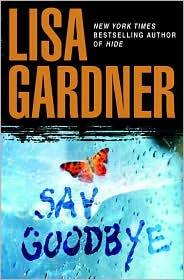 I've read and enjoyed Gardner's last 5 or 6 books. She's turned into a really good suspense/thriller writer similar to Harlen Coben. So I picked up this one on the strength of her name without bothering to read the flyleaf.

Kimberly Quincy is a pregnant FBI agent. Delilah Rose -a young informant who works as a prostitute tells her that other working girls are going missing. And she thinks it has something to do with a john who has a fascination with spiders. Lots and lots of spiders.

A fellow cop on the Evidence Response Team thinks Delilah Rose may be right. He's been trying to work the case on his own. They join forces to try and catch the elusive Mr. Dinchara (anagram for arachnid). What Kimberly doesn't realize is that the spider man seems to have her already in his sites.

A back story is introduced in italics. These stories are the parts I found a bit disturbing. Went back to the flyleaf and sure enough there is no mention of this part of the story. The italized story deals with fairly graphic sexual child abuse.

In the acknowledgments at the end of the book, Gardner does recognize that this is the most violent and difficult book she has written. Some of the crimes are pulled from recent headlines.

Gardner writes great suspense. I enjoy the characters and the personal element she introduces in them make them seem more real. There's a couple of good twists that will keep you guessing till the end.
Posted by Luanne at 8:55 AM

Didnt know if u were tracking responses on my blog where u left a note..so leaving one here too..yes..very sad that that was last comic..want it to go on!! But i guess she is just going back to the beginning!!