Oh, where to start.....I absolutely loved The Tilted World by Tom Franklin and Beth Ann Fennelly! I literally started the book on a Sunday morning and feverishly read until I turned the last page the same night.

Franklin and Fennelly have set their book in 1927 Mississippi - at the time of one of the greatest natural disasters ever to occur in the US. The flood flattened 'almost a million homes, drowning twenty-seven thousand square miles and the water remained for four months. Over 330,000 people were rescued from trees, roofs, and levees."

Dixie Clay Holliver lives along the Mississippi at a bend in the river called Hobnob. Dixie's life isn't quite what she imagined it would be when she married Jesse. Turns out that Jesse is a moonshiner. The loss of her infant son has only added to her grief at the direction her life has taken.  But, Dixie does the cooking now - she's better at it than Jesse.

Teddy Ingersoll is a revenuer. In this time of prohibition, Teddy and his partner Ham are always on the move. On their way to Hobnob to investigate the disappearance of two other agents, they come across the lone survivor of a shoot out - an infant boy. Inexplicably, Ingersoll is determined to find a home for the child. When they arrive in Hobnob, Dixie Clay is mentioned as woman who might take in an orphan.

And with that, Dixie and Ingersoll's lives and fates are crossed.

The Tilted World is such a strong novel is every sense of the world. The characters are brilliant. I was so captured by Dixie Clay - her strength, fortitude and abilities belie the hurt beneath her tough exterior. Ingersoll is much the same, with that same strength and fortitude, but no real purpose or direction in his heart.

The setting is just as much of a character in the book as Dixie and Ingersoll. Franklin and Fennelly have done a phenomenal job in bringing time and place to the page. The detailed descriptions of the town, the woods and most of all, the water created vivid mental images for this reader.

Dual narratives are used in The Tilted World to good effect, allowing the reader to be privy to the thoughts of both protagonists.

The Tilted World exemplifies storytelling at it's finest. I was completely caught up in Franklin and Fennelly's tale. I knew what I wanted to happen, I was afraid of what might happen and I couldn't read fast enough to see what did happen. The Tilted World is absolutely recommended. Read an excerpt of The Tilted World. 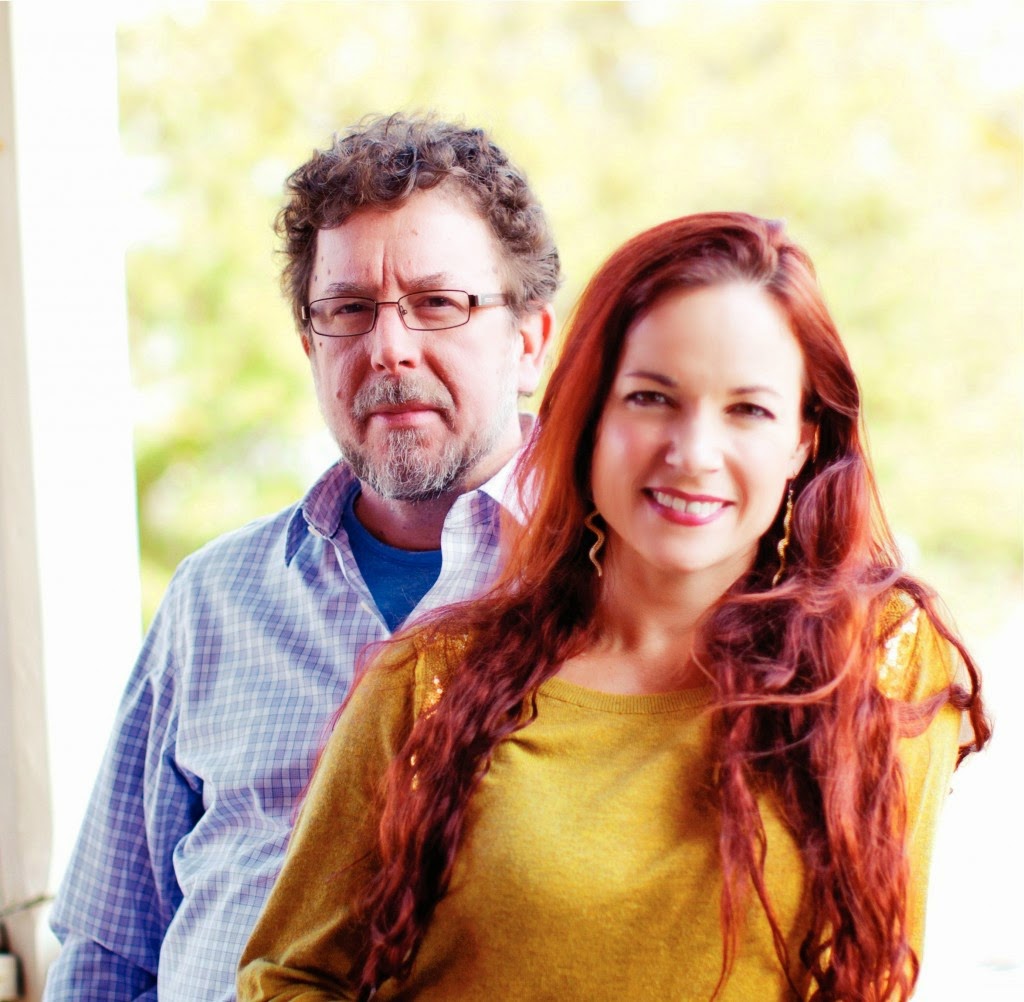 Tom Franklin is the award-winning and New York Times bestselling author of Crooked Letter, Crooked Letter, which was nominated for nine awards and won the Los Angeles Times Book Prize and the prestigious Crime Writers’ Association’s Gold Dagger Award. His previous works include Poachers, whose title story won the Edgar Award, as well as Hell at the Breech and Smonk. The winner of a 2001 Guggenheim Fellowship, he teaches in the University of Mississippi’s MFA program.

Beth Ann Fennelly has won grants from the National Endowment for the Arts and United States Artists, as well as a Fulbright grant to travel to Brazil. Her honors include the Kenyon Review Prize and three inclusions in The Best American

Poetry. She has published three volumes of poetry as well as a work of nonfiction,Great with Child. She directs the University of Mississippi’s MFA program, where she was named the 2011 Outstanding Teacher of the Year. Beth Ann and Tom live in Oxford, Mississippi, with their three children.

Whoa! That's quite an endorsement! I've been meaning to get this on audio. I'll move it up in the queue for sure!