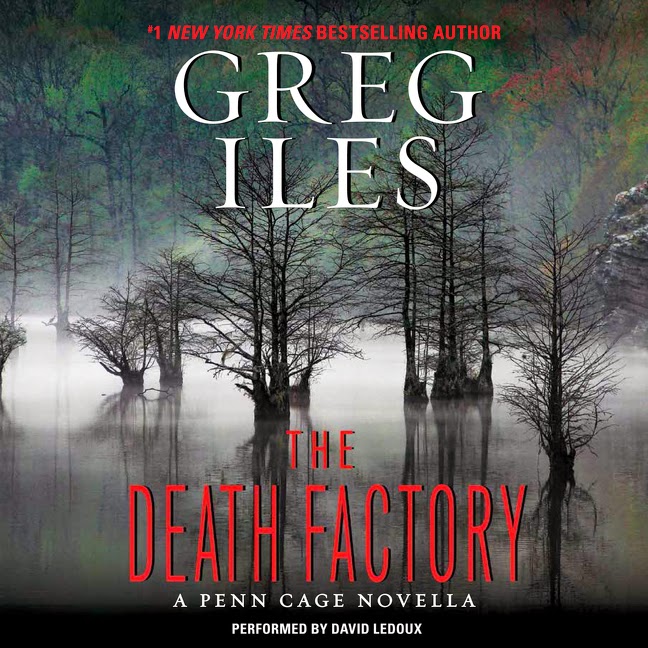 You may remember me raving about Greg Iles' new book Natchez Burning - the first in a planned trilogy. (my review)

I only discovered after reading the book that Iles had penned an 'in-between' Penn Cage novella called The Death Factory that is set just before the beginning of Natchez Burning.

Before returning to Natchez, Penn worked in a DA's office that became known as The Death Factory - that office sent more people to death row than any other. But when an evidence tech still working there becomes concerned that sloppy evidence handling has put an innocent man behind bars, it is Penn he turns to - not his current employer.

For those that haven't yet read Natchez Burning, this is a great 'opening' chapter for that book, setting the scene in so many ways. We learn of  Tom Cage's illness, and wonder what it is he wanted to tell Penn, see more of Penn's brother Jack and get the full story of  Penn's wife's illness and death. And for those new to this series (!!) it's a great introduction to this fantastic character and series. And, there's a great case to boot! Iles's stories are simply a joy to read or listen to. The Death Factory will only whet your appetite for the main course - Natchez Burning.

However, that being said, I listened to The Death Factory after reading Natchez Burning, and still hugely enjoyed it. More like dessert for me.

As I said, I did choose to listen. The reader is David LeDoux. He has a great voice with a lovely gravely undertone that just resonates. His southern accent is not overdone or affected, but is understated and just right.  Listen to an excerpt of The Death Factory.

You can keep up with Greg Iles on Facebook and on Twitter.
Posted by Luanne at 6:30 AM