Giveaway - The Book Thief on Blu-ray! 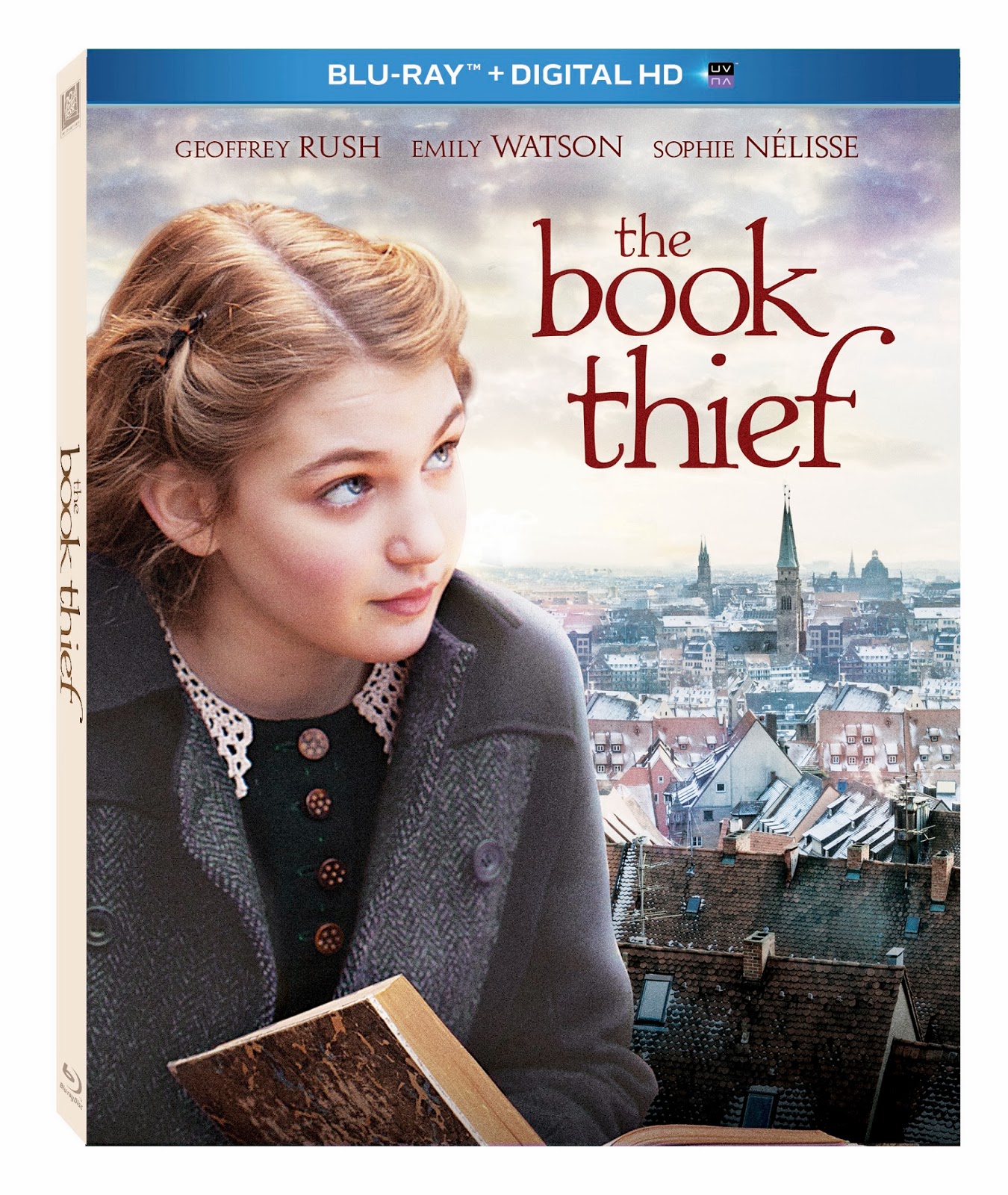 The Book Thief. You loved Marcus Zusak's book...now what about the movie? Will it do justice to this New York Times bestseller? The Book Thief on Blu-ray is newly released. Well, here's your chance to find out!


Yes, I have a Blu-ray copy to giveaway to one randomly chosen reader!!

THE BOOK THIEF.Based on the beloved best-selling book comes an “extremely moving” (Leonard Maltin, Indiewire) story of a girl who transforms the lives of those around her during World War II, Germany. When her mother can no longer care for her, Liesel (Sophie Nélisse) is adopted by a German couple (OSCAR® Winner Geoffrey Rush* and OSCAR® Nominee Emily Watson**). Although she arrives illiterate, Liesel is encouraged to learn to read by her adoptive father. When the couple then takes in Max (Ben Schnetzer), a Jew hiding from Hitler’s army, Liesel befriends him. Ultimately, words and imagination provide the friends with an escape from the events unfolding around them in this extraordinary, acclaimed film directed by Brian Percival (Downton Abbey). *Actor, Shine, 1996 **Actress, Hilary and Jackie, 1998; Breaking the Waves, 1996)"

Did your book club read The Book Thief? Why not watch the movie as a group? Here's a great discussion guide to get you started. 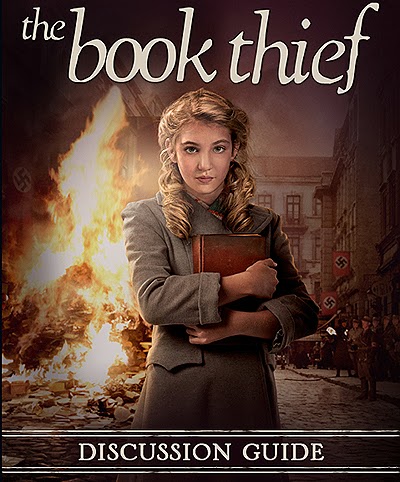 How to enter?
Simply leave a comment.
Ends March 29/14.
A winner will be randomly chosen and notified by email. Open to US and Canada.

Thanks for the giveaway, I really enjoyed the book (http://manoflabook.com/wp/?p=8295) to the point where I'm almost afraid to watch the movie.

I read this book, then gave it away. But I'd love the Blu-ray. Then my husband can enjoy it, too.

This book is one of my all-time favorites, recommended it to everyone I knew. I would love to own the movie. Thanks for the giveaway.
lcbrower40(at)gmail(dot)com

I LOVED this movie in the theater and would love to have a copy of it. Thanks for the giveaway!

Ooh, my son would love this. He has the Blue-Ray equipment!

I have not read the book (on my wish list) or seen the movie so I'd love to have the Blu-ray copy! What a terrific giveaway - thank you.
kpbarnett1941[at]aol.com

thanks for this great giveaway. saubleb(at)gmail(dot)com

I was really sad to miss this movie when it was in theatres. It's such a great book. Thanks for the giveaway!

I'd love to win a copy of the movie! Thanks for the chance!

I thought the book was fantastic, I would really like to see the movie and how they worked the story.

Would love to win!

I love reading this book and can't wait to see it on film!

want to see this one thanks for the giveaway! - regnod(at)yahoo(d0t)com

What a wonderful contest; very generous of you.

Win of lose, thanks!

Wanted to get the book for my daughter for Christmas but it was sold out. Would love the movie!

I love it when you have the movie give aways! Maybe this time ;)

I've been told that this movie is really good. I would love to see it. I haven't read the book yet, but I plan to. Thanks for having the giveaway.

I so enjoy books of the WWII era. Thanks for the giveaway.
suefarrell.farrell@gmail.com

I've heard great things about the book and have heard that the movie is pretty good.

Thanks so much for the chance!
mcfallsk8er[at]aim[dot]com

I'd love to see this movie, I've heard it was wonderful!

Thank you so much for hosting!

thanks for the chance to win this blu-ray

Have heard this is a great movie! Thanks for the chance to win!
JHolden955(at)gmail(dot)com

It looks like a movie I would enjoy.
mce1011 AT aol DOT com

I loved the book thief when I read it a long time ago. At the time, I thought it was rather an obscure book, but fascinating. I had no inkling it would turn out to be such a bestseller, let alone movie (which I haven't seen yet). Can't wait!

I can't wait to see if the movie is as good as the book. Such a interesting story. Thanks for the giveaway!!