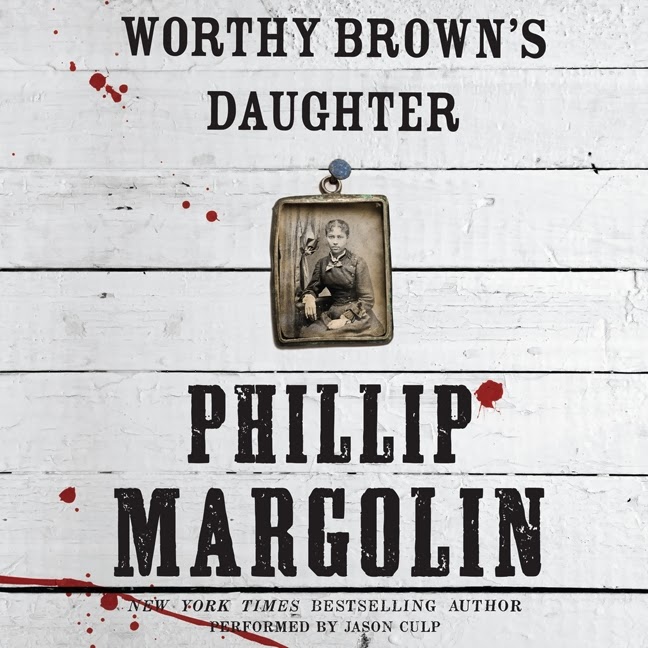 In the early 1980's lawyer Phillip Margolin stumbled upon a case from an Oregon file dated 1844. The case stayed with him over the years and "I was so inspired by this story that I began thinking about writing a novel loosely based on it."

Matthew Penny, a young lawyer in mid 1880's Oregon, is hired by former slave Worthy Brown. His master freed Worthy, but reneged on his promise to also free Worthy's young daughter Roxanne. Penny takes the case. Margolin also mixes in a secondary storyline involving a crooked judge and a gold digger. The two plots do have a connection - the headstrong woman who captures Penny's interest.

I chose to listen to Worthy Brown's Daughter. The reader was Jason Culp. Culp has a clear speaking voice that is easy to listen to. He does provide lots of inflection, accenting actions and emotions. But I did have a hard time with the voices he provided for some characters - notably the females and black characters. They seemed overdone and overwrought. But this could simply be the dialogue that Culp is reading from. I thought some of Margolin's scenes and dialogue were over sensationalized. This detracted from what was otherwise  a solid storyline.

Margolin has done his research - the legal system of the time is accurately portrayed. It was fascinating to think that this was an actual case.

Margolin is a prolific author, having penned many legal thrillers. Fans of James Patterson would enjoy Margolin's style of writing.
Posted by Luanne at 6:30 AM