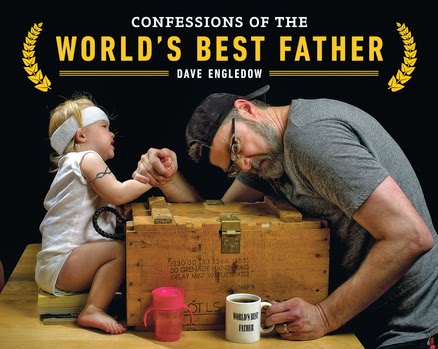 What book caught my eye this week as it passed over the library counter and under my scanner? Well, with Father's Day right around the corner (Sunday June 15th), Confessions of the World's Best Father by Dave Engledow, seemed appropriate.

From the publisher, Gotham Books:

"A hilarious pictorial parody of a clueless father and his adorable daughter.

Merging a Norman Rockwell aesthetic with a darkly comic sensibility, Dave pairs each side-splittingly funny image with a log entry describing the awkward situation that the World’s Best Father has found himself in. Readers of Sh*t My Dad Says and Awkward Family Photos will devour the artful and hilarious Confessions of the World’s Best Father."

This looks so cute!