Yes, mysteries are one of my favourite genres. But, I only recently started reading Charles Todd's books - I have become quite fond of the Bess Crawford novels. This newest book, Proof of Guilt, is the latest (#15)entry in the Inspector Rutledge series.

Inspector Rutledge of Scotland Yard is called in to investigate a body apparently hit and dragged by a car in a well to do neighbourhood. There is no identification on the victim, only a watch. But that watch yields enough clues to determine that the dead man isn't the owner. The rightful owner is the head of a world renowned winery - and he's gone missing.

Rutledge is plunged into a complicated myriad of suspects, additional missing persons, and more bodies. Things are complicated by his new Acting Chief Superintendent who is determined to 'solve' the case from his desk and seems to thwart many of Rutledge's investigative avenues.

WWI has ended, but the effects of that conflict still affect the present. Ian Rutledge is carrying around the guilt of a having to shoot a fellow soldier for dereliction of duty during the war. But that soldier hasn't left - Rutledge hears the voice of dead Hamish often - giving him further food for thought in his investigations or warning him of danger.

" As he turned toward London, Hamish was there, just behind his shoulder, as he always was. Just as they had watched the enemy, night after night at the Front. But now the young Scot was not the trusted corporal intent on keeping men alive and fighting as efficiently as possible. Now he was the voice of guilt and turmoil, the vivid reminder that Rutledge himself was not yet whole."

I've really come to enjoy reading this time period lately - especially in the mystery vein. What I quite enjoy are the social niceties that must be observed, the tone, the sense of duty and loyalty that are as much a part of the story as the crime. And the crime, although horrific, is never blatantly described in full gory detail. Instead, investigation in undertaken in interviews, inquiries and possible conjectures until the pieces finally fall in place and Rutledge has his 'proof of guilt'.

I enjoyed Proof of Guilt, but I did find the number of possibilities and characters a bit overwhelming. Late addition clues seemed a tad too precipitous in cases. There was an bit of business not dealt with in the final chapter that I would have liked to seen tied up. All in all, a good read, but I think I prefer Bess's stories.  Read an excerpt of Proof of Guilt.

Simon Prebble is the narrator for the audio version of this title. He has a wonderfully rich, resonant voice that is quite pleasant and easy to listen to. His pacing matches the time period of the books and Rutledge's thinking as well. Prebble is another of my favourite voice actors. Listen to an excerpt of Proof of Guilt. 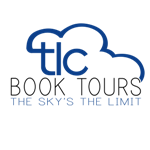 Charles and Caroline Todd are a mother and son writing team who live on the east coast of the United States. You can find them on Facebook.

I've never tried a Charles Todd book. This does sound good but it may not be the best one to start with.

I have got to get around to reading these books and soon. Always hear good things about them and the author.

"What I quite enjoy are the social niceties that must be observed, the tone, the sense of duty and loyalty that are as much a part of the story as the crime." I really do love historical fiction for this reason, and I love mysteries, so this seems like the perfect blend for me!

Kathy - once I finished reading and went to see what others thought, some recommended starting earlier in the series to see the development.

Kimberlee - That was me too - which is why this is the first book I've read of this character even though it's #15!

Trish - it's such a gentler world isn't it?

I do enjoy reading this time period, the niceties, the manners, etc. but I was too overwhelmed by all the characters and by the end I honestly just wanted it to be over. I was so disappointed :(

Peppermint - I agree with you on the overwhelming number of characters. (And a lot of driving too eh?!)