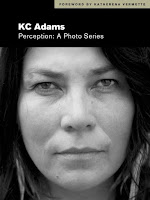 No matter what you think - you've done it, I've done it. Made a snap judgement about someone based on an initial look or meeting. And how many times have you been wrong?

KC Adams has just released Perception: A Photo Series - 'a project to combat racism and present First Nations, Metis and Inuit people in the way they see themselves.' This was initially a project in Winnipeg.

Two photos. First you see the one taken while hateful words are hurled at the sitter. And on the following page, the same person, but now thinking of joy and happiness. And the truth.

The result is powerful. I sat and pondered every face and then the flip side. And the difference is 'in your face', if you will. Truly eye opening. Perception should be in schools as a starting point for discussions that need to happen. 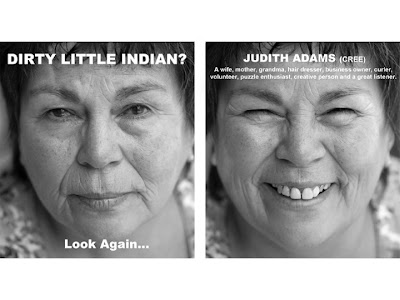